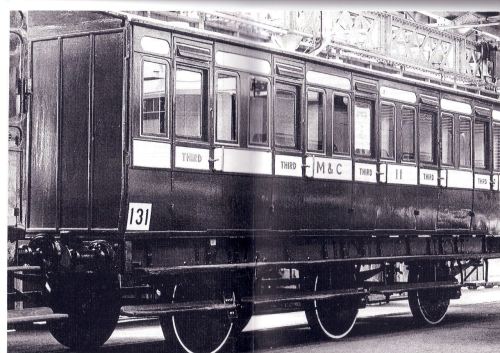 Shown here after restoration in the 1970s.

Built in 1875 by the Metropolitan Carriage & Wagon works.

This six wheel, five compartment coach is believed to be the only remaining vehicle of the Maryport & Carlisle Railway.

It was sold out of main line service about 1922 to the Cannock& Rugeley Colliery Co. to form part of the ‘Paddy Train’ to ferry miners from Hednesford to the Cannock Wood pit.

The Maryport & Carlisle Railway was incorporated in 1837, and absorbed into the London, Midland & Scottish (LMS) Railway as from 1/1/1923.

The mainline from Maryport to Carlisle was completed in February 1845.  The line was 42 miles long, 28 miles of which was double track.

Among the rolling stock were 31 locos, 51 carriages and 1404 goods wagons.

This six wheel Composite Brake Coach was built in 1890 at Gorton.

The Manchester, Sheffield & Lincoln Railway became part of the Great Central Railway connecting it to London (Marylebone) at about the turn of the century, and later became the L.N.E.R.

The carriage was used on the line near York known as the “Easingwold Light Railway” until retired in 1949, and then left on a siding to suffer the effects of the weather.

The Railway Preservation Society rescued the coach in the 1960s and stored it for restoration.

This vehicle came to Chasewater and is at present under restoration following an internal fire. 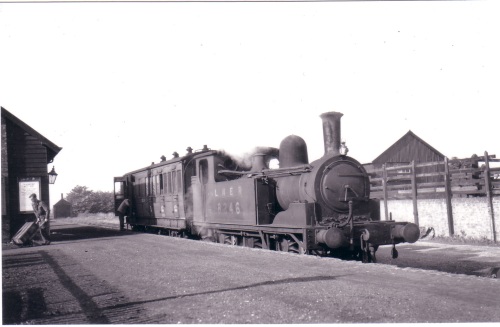 The Company was first formed in 1847 as the Manchester, Sheffield & Lincoln Railway to run services from New Holland (Lincs.) to Hull.

On its extension to London in 1899 it became the Great Central Railway.  It gave a good service to London for such places as Nottingham, Loughborough, Leicester and Rugby.

The line ran from Annesley North Junction to Quainton Road, and from Harrow to London – Marylebone. 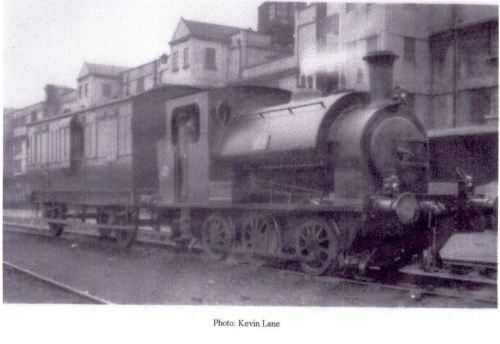 This is a Four-wheel passenger brake built at Derby in 1880.

Renumbered M198718, it was allocated around the Wigan area.  In 1953 it was    modified into a cashier’s coach and sold to the Manchester Ship Canal Company.

It was sold in 1966 and eventually came to Chasewater – the only one of its kind in existence.

It is shown here on the Manchester Ship Canal line.