This article was taken from the ‘Railway Magazine‘ of November and December, 1948, price 2/- (or 10 pence if you prefer!). I thought that it would make a change to see an article written about railways of Cannock Chase while they were still working.

The large and important Cannock Chase Colliery area in Staffordshire began to be developed about the middle of the 19th century when John Robinson McClean, the Engineer and Lessee of the South Staffordshire Railway, the Engineer of the broad-gauge railway between Birmingham and Wolverhampton, and also the Promoter and Engineer of the South Staffordshire Water Works Company, obtained a large mining concession from the Marquis of Anglesey.  McClean was a man of restless enterprise.  Coal had been worked profitably at Norton-under-Cannock and McClean successfully demonstrated its existence under the Chase itself.  The first railway in the area was the South Staffordshire railway, which opened its line from Walsall to Lichfield and Wichnor Junction (on the Midland Railway) on April 9, 1849, and the coal traffic brought on to the railway from the Cannock Chase district was a principal factor in its success.

In 1854, the Great Western railway endeavoured to obtain Parliamentary Powers to construct a mixed gauge line from Wednesbury to the Cannock Chase coal pits, but failed as a result of opposition from the South Staffordshire Railway, after which no further effort to extend the broad gauge in the Midlands was ever made.  The South Staffordshire already had secured powers to build a line to Cannock and in 1855 an Act was secured for the Cannock Mineral Railway authorising the construction of a 7½ mile line from Cannock to Rugeley on the Trent Valley line.  The South Staffordshire Railway opened its branch from Walsall to Bloxwich and Cannock, and also the Norton Branch , on February 2, 1858, and the Cannock Mineral Railway was opened from Cannock to Rugeley on November 7, 1859. 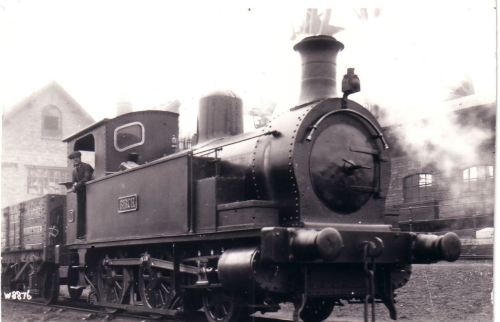 The Cannock Chase Railway Act of May 15, 1860, authorised the Marquis of Anglesey to construct lines: (a) from the junction with the Cannock Mineral Railway, near Hednesford to Coopers Lodge; and (b) from Coopers Lodge to Heathy Leasons (just beyond the Wimblebury Road), to be so constructed as to allow the Birmingham Canal to connect its Littleworth Tramway.  The railway was not to be used for the carriage of passengers except by consent of Parliament.  Under agreement dated June 29, 1861, the Marquis of Anglesey sold the undertaking to the London & North Western Railway Company, and the line was constructed by the LNWR and opened on October 7, 1862.  The arrangement was sanctioned by the LNWR (Additional Powers) Act of 1863 which empowered the LNWR to agree with the Marquis of Anglesey (or owner) for the transfer to it of the Cannock Chase Railway, which transfer was approved by the proprietors of the LNWR in August, 1863.

Until March, 1867, the line was worked by LNWR engines, but subsequently, by arrangement with the railway company, the line was worked only by Cannock & Rugeley Colliery engines as between Hednesford and Coopers Lodge.  The section between the latter point and the Littleworth Tramway was worked over by both the Cannock & Rugeley Company’s and the Cannock Chase Company’s engines.  An agreement of October 6, 1908, between the LNWR and the Cannock & Rugeley Colliery Company permitted the colliery company to run trains over the branch for the conveyance of its officials, workmen, colliers and other employees at such times as the railway company should approve.  At present a three-coach set is run once each way daily over the branch from Hednesford to Cannock Wood Pits.  The arrangements and agreements entered into by the colliery undertakings with the railway company have been vested in the National Coal Board since January 1, 1947.

The Littleworth Tramway, to which reference is made above, was built in connection with the Cannock Extension Canal.  The canal was authorised by the Cannock Extension Canal Act of 1854 (17 & 18 Vic. Cap. 112) and was completed to the Hednesford Basins in the summer of 1862.  It appears that the Littleworth Tramway was built at the same time, and it was probably opened simultaneously with the Marquis of Anglesey’s Cannock Chase Railway on October 7, 1862.  The Littleworth Tramway was constructed by the LNWR, but the cost was repaid by the Company of Proprietors of the Birmingham Canal Navigations, and the tramway became the property of the canal company as from July 1, 1865.  As may be seen from the map, the tramway took the Cannock Chase Branch Railway to within a short distance of the Norton Branch of the LNWR, but the two were unconnected.  As it was felt that the construction of a short link between the two would be of great benefit in developing the coal traffic of the district, the railway company secured powers under the LNWR Act of 1880 to build and maintain the Littleworth Extension.  The LNWR thereupon made an agreement of December 6, 1880, with the Cannock Chase Colliery Co. Ltd., under which the Littleworth Extension was built, and the colliery company guaranteed certain minimum traffic receipts, and worked the line up to Littleworth Junction with the Norton Branch, as well as working the Littleworth Tramway.  Subsequently, the Cannock & Rugeley Colliery Co. Ltd. also arranged to work its traffic through from Rawnsley to Littleworth Junction.

To serve the interests of the Cannock Chase Company, the idea of providing a link with the GWR was again raised, and a separate company called the Cannock Chase & Wolverhampton Railway Company was incorporated by an Act of July 19, 1864, to build a line 10½ miles long between Cannock Chase and Wolverhampton (GWR).  On July 16, 1866, a further Act was secured, authorising 5¼ more miles, namely, from Cannock Chase to Hednesford, where a connection would have been made with the South Staffordshire Railway.  In common with many other railway promotions of the period, a considerable portion of the scheme was never carried into effect, but about 11 miles of single track was eventually built, radiating from Chasetown, and extending to Anglesey Sidings and New Hayes, with a branch to the Walsall Wood Extension of the Midland Railway near Brownhills.  No record appears to have been preserved of the exact date that the various sections of the Cannock Chase & Wolverhampton Railway were opened but the ‘main line’ from Anglesey Sidings (junction with the South Staffordshire line of the LNWR) to New Hayes appears to have been brought into use about 1867.

Passenger traffic has never been worked over any section of the Cannock Chase & Wolverhampton Railway and its activities are confined almost exclusively to conveyance of coal from the Cannock Chase group of collieries.  The line however is equipped with a system of semaphore signalling. 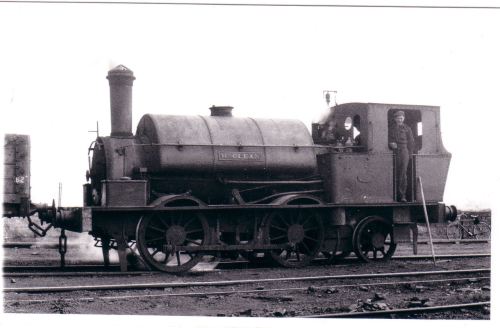 Three classes of locomotives are in use on the Cannock Chase & Wolverhampton Railway, the oldest of which comprises four 0-4-2ST engines built by Beyer Peacock & Co., between 1856 and 1872.  The first of the series, now believed to be the oldest British locomotive still in service, was described by Mr. H. C. Casserley in The Railway Magazine for November-December, 1946.

The design has been perpetuated recently in a locomotive embodying only minor modifications.  (Foggo). 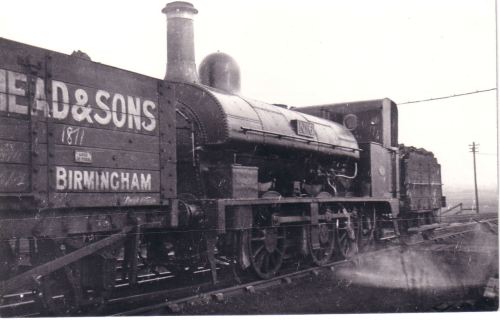