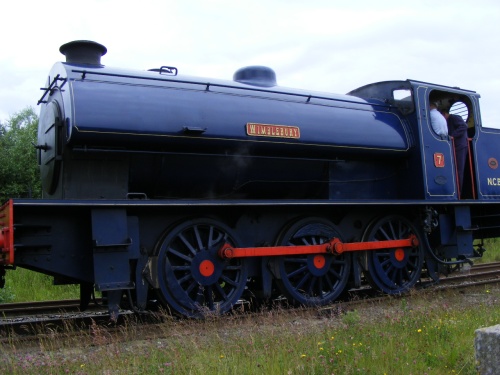 Built by Hunslet of Leeds, Wimblebury was delivered new to the National Coal Board at Cannock Wood Colliery near Hednesford in Staffordshire, and worked there until withdrawn in the early 1970s.  Originally earmarked for spares for another engine, Wimblebury was purchased privately for preservation and moved to the Foxfield Railway in Staffordshire on 26th September 1973.

This is the second visit to Chasewater by this popular engine in recent years.

Posted in Visitors - Past & Present

The Anniversary Proms Concert, given by the Walsall Symphony Orchestra, was well attended, with extra seating brought into the Heritage Centre right up until the Concert started. 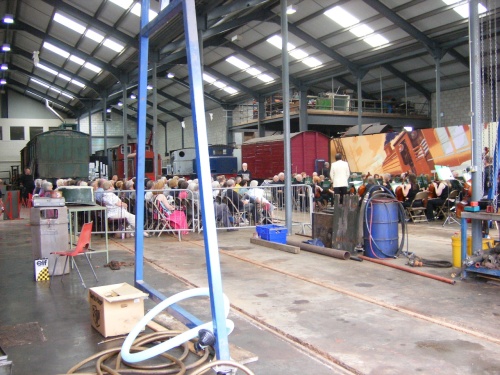 There were train rides before the concert, during the interval and at the end, steam hauled by Barclay engine 1964/1929 now in NCB West Midlands livery.

The engine which was perhaps going to be used on Saturday evening and Sunday, Wimblebury, was sadly left in the Heritage Centre with water problems.  Shame, but these things happen.