Staffordshire County Council took over the running of Chasewater Country Park near Burntwood from Lichfield District Council on Tuesday April 1st.
Bosses say that a raft of improvements is planned for the site but no details yet of exactly what they will be.
Access and parking, especially on the Burntwood side needs looking at, and the Brownhills side is none too clever either when the sun shines! Parking areas are soon filled so cars are parked on the road, leaving a single lane for traffic to get in and out, plus pedestrians, some of whom like to walk on the road, and it’s also very difficult for cyclists.
Among the planned improvements is a shuttle bus to take families to the park during the school holidays and for special family-friendly events in the summer.
We wish Staffordshire County Council all the best on improving an already excellent facility. 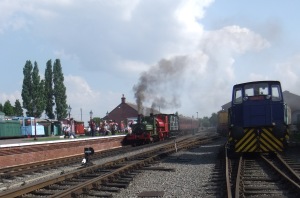 Lichfield and the Museum of Cannock Chase News

Lichfield and the Museum of Cannock Chase  News

Love your pool with 2 for 1 offer this Valentine’s weekend!

Friary Grange Leisure Centre is encouraging everyone to fall back in love with their local swimming pool this February.

Following the £500,000 makeover of its changing rooms and front entrance, Friary Grange Leisure Centre is launching a ‘Love Your Pool’ campaign to highlight how much its 25-metre swimming pool has to offer.

To start the ball rolling, the Lichfield leisure centre is offering a discount on swimming. It will run from Friday 14 February to Sunday 16 February, and will allow two people into the pool for the price of one at public swimming sessions.

Councillor Andy Smith, Lichfield District Council’s Cabinet Member for Leisure and Parks, said: “We’re keen to showcase the recent improvements to Friary Grange Leisure Centre and to get even more people swimming. This is why we’re launching the ‘Love Your Pool’ campaign, which encourages people to rediscover what the swimming pool timetable has to offer. So, whether you’re coming to the pool to have fun with friends, are learning to swim, or want to keep fit, we have a session for you.”

For the swimming pool timetable, to find out about signing up for swimming lessons, or how to book a pool party, visit www.lichfielddc.gov.uk/loveyourpool.

The 2 for 1 on public swims is available at the below times:

About the makeover project

The Friary Grange Leisure Centre makeover included a new front entrance and reception, refurbished swimming pool changing rooms, and improvements to the layout to make the pool and centre more accessible to people with disabilities.

Next week at the Museum of Cannock Chase, Hednesford: 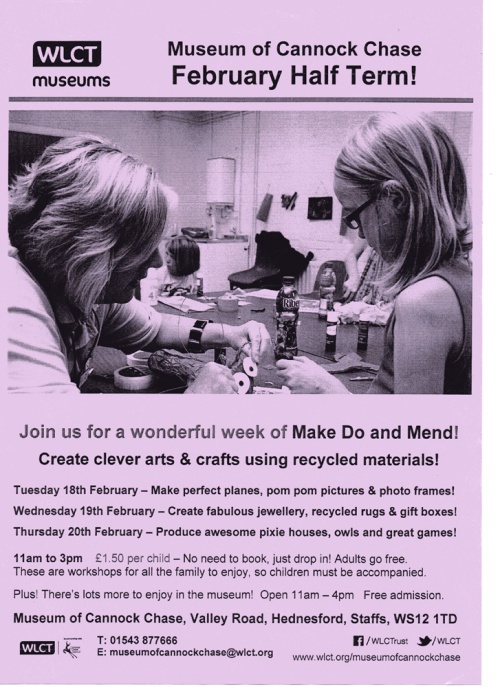 Canal News – Cycling moves up a gear in Staffordshire

Cycling moves up a gear in Staffordshire

Local people are being given the opportunity to view exciting plans to develop new cycle paths linking Staffordshire with the Peak District national park along one of the our historic waterways. 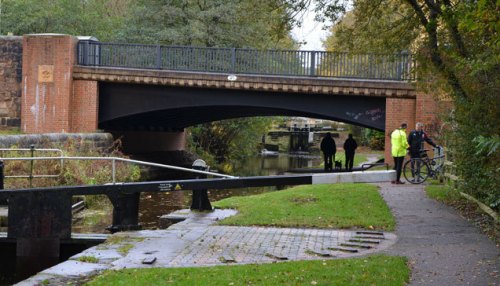 The project will see the creation of four new cycle ways directly into the national park from the surrounding urban areas and is expected to benefit around 3.5 million people.

The project is being funded through the Government’s National Park Cycle Fund, with the Peak District National Park receiving £5 million. An additional £2.5 million will be provided by local authorities and a range of other organisations.

One of the key routes will see the historic towpath of the Caldon Canal improved to provide a link connecting the Potteries through the Staffordshire Moorlands to the Peak District. The project will see £2m spent on improving the towpath for both walkers and cyclists. The project is the largest investment in Staffordshire’s canal network in recent years and will provide visitors the opportunity to access this green, wildlife-rich gateway into both the Churnet Valley and Peak District National Park.

Contractors, working in partnership with the Canal & River Trust, will start at Stockton Brook in Stoke-on-Trent and work on sections of the towpath progressing towards Endon and on to Cheddleton and Leek.  From there an on road signed route to the Roaches from Leek and to the Manifold Valley will be provided as part of the project.

A drop-in event giving local people the opportunity to view the plans and speak to some of the organisations behind the project will take place on Thursday 6 February from 4.30pm to 7.00pm at the Stoke-on-Trent Boat Club, off Park Lane in Endon.

Charlotte Atkins, chair of the Canal & River Trust’s Central Shires Waterway Partnership, adds: “We’re delighted to see works progressing to develop this important route with the County Council. Running through some of Staffordshire’s most spectacular countryside and steeped in history, the Caldon Canal is a very special place for visitors to explore.

“We really hope that walkers and cyclists will take the time to stop off and appreciate what the canal, and the communities it runs through have to offer as they make their way into and out of the beautiful Peak District.”

The work is expected to be completed in June 2015. Small sections of the towpath will be closed at a time to allow the work to be carried out safely and to minimise any inconvenience caused.

For further information on the scheme please feel free to drop into the event at the Stoke-on-Trent Boat or contact the project manager at Staffordshire County Council at stephen.knott@staffordshire.gov.uk

Events Around Cannock this September

Events Around Cannock this September

Then, on Wednesday 4th September at Beaudesert Park:

And finally for now, on Monday 9th September at Cannock Library: 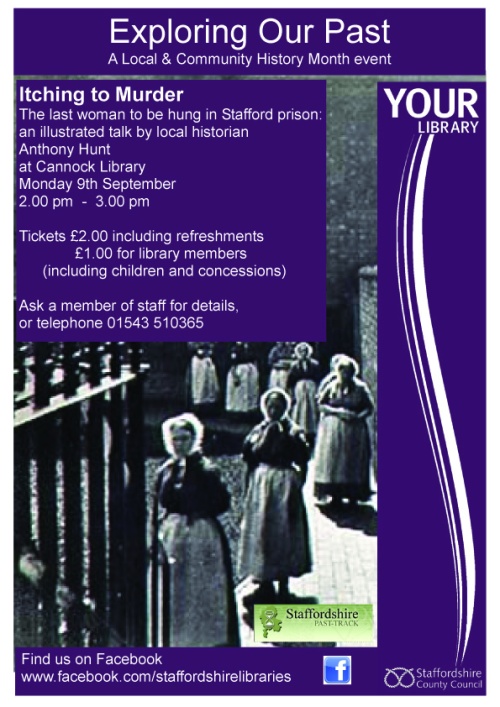