The Company was incorporated on 24 July 1854 to build a 9.5 mile line from Rhymney Ironworks to a junction with the Newport, Abergavenny & Hereford Railway at Hengoed. Powers to extend to the Taff Vale Railway at Taff’s Well were obtained in 1855, and a line from Crockherbstown to Bute E. Dock. Lack of capital and escalating costs made early years difficult – the Dock line opened in September 1857, but was not linked with the main line, which opened on 25 February 1858 (goods), 31 March (passengers). Trouble flared with the Taff’s Vale Railway over the shared Crockherbstown line, and on 25 July 1864 the Company obtained powers for a direct Cardiff – Caerphilly route and granted running powers to the London & North Western Railway – it opened officially on 5 September 1871, and to the public on 2 October. The 9-mile Taff – Bargoed line, built jointly with the Great Western Railway, opened for goods on 20 December 1875, and to passengers on 2 February 1876. The Company went to the GWR as a constituent in 1922, and the former loco works at Caerphilly was  the home of the Caerphilly Railway Society. The Society is now based at the Gwili Railway in Carmarthen, having moved due to continuing vandalism. 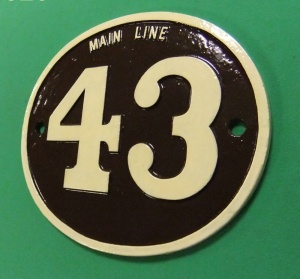 On display in the Chasewater Railway Museum

Looking north along platform 2 at Llanbradach railway station
This view suggests that there is only one platform at Llanbradach station.
This is not so – the opposite platform is located beyond the connecting footbridge Link about 100 metres away.
© Copyright Jaggery and licensed for reuse under this Creative Commons Licence. 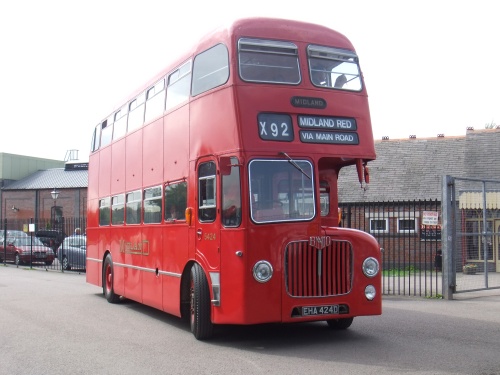 A couple of Thursdays in August have seen Chasewater Railway and the Aston Manor Road Transport Museum put on a joint project including children’s activities at each venue and a train and bus ride. This is one of the buses used.

We found this picture of an LMS horse-drawn parcels van – very similar to the one owned by Chasewater Railway and currently on loan at Shugborough. 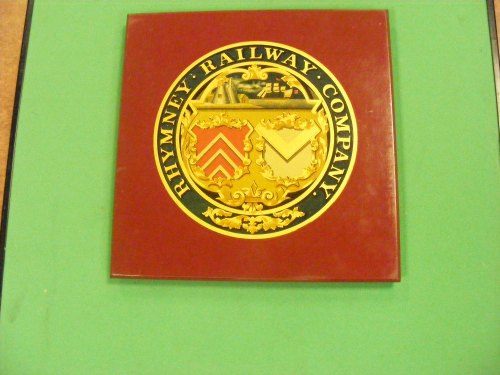 Another item bought by Barry Bull.  A Rhymney Railway Company Coat-of-Arms.  The Rhymney Railway was virtually a single stretch of main line, some fifty miles in length, by which the Rhymney Valley was connected to the docks at Cardiff in the county of Glamorgan, South Wales.

The final item at the moment (27-8-2013) is this life-size fibre-glass model of a pit pony.  It was given to Chasewater Railway Museum by the Museum of Cannock Chase, who are re-designing their mining display, after having been seen offered on the Staffordshire Museums’  Development Officer’s weekly update email.  A couple of quick emails and some phone calls made sure of a good home for the pony! Our thanks to Nick Bullock  for the use of his van.