The things they find in Hednesford…. 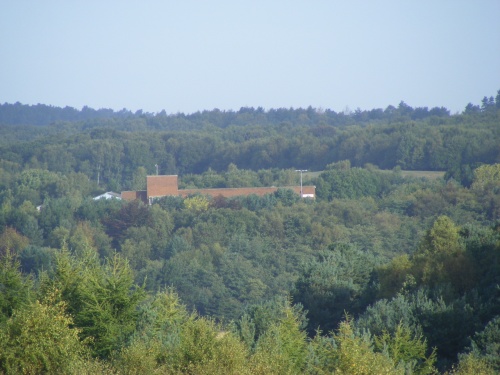 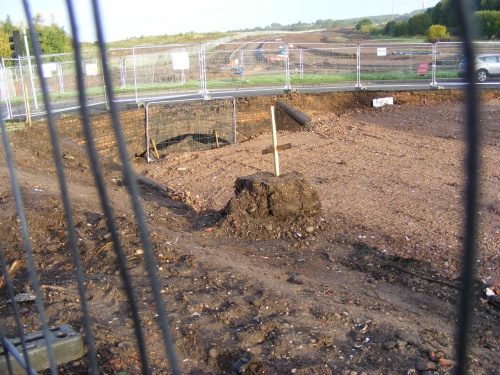 Also around  this time the bridge from West Cannock 1, 3 and 4 pits was partly uncovered by the road builders working on the new road through the Pye Green Valley.   I have spoken to one of my dog walking friends, who was a relief fireman, and had actually been on a train under the bridge on the way up to No.1 to collect some rail!

The map below shows the position of the West Cannock pits.

This follows another bit of underground West Cannock Colliery activity from a few years ago. 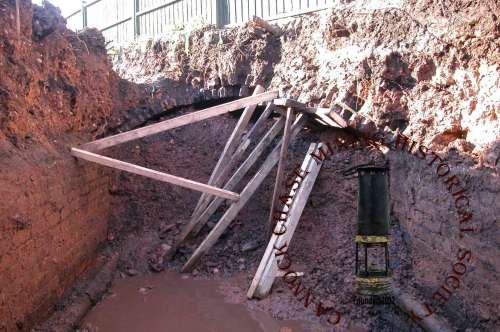 It is actually the tunnel that went from West Cannock No.4, 1 and 3 plants down to the other side of the main Cannock to Rugeley mineral line, from where it emerged alongside West Cannock No.2 plant which closed in 1887 in the valley below East Cannock Colliery, it then ran over land going under the East Cannock Road below the Globe Inn to end at East Cannock canal basin. 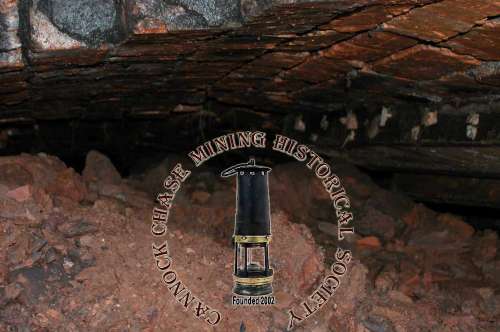 For much more information about the West Cannock Colliery Company a new book has been published by the Cannock Chase Mining Historical Society, written by Alan Dean – price £10.00

I shall start with the first photo again.

The line that we are interested in is behind the rake of coal wagons heading off to Cannock Wood.

This photo shows where the line moves away from the Cannock Wood branch, and the next shows the trackbed a little further along. 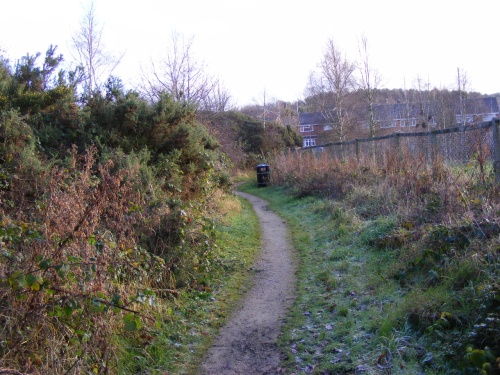 The line is now approaching the Rugeley Road, which was crossed by an over-bridge.

Now that there are houses on the opposite side of the road, it is not easy to find the exact spot where it crossed, but it couldn’t have been far from this point. 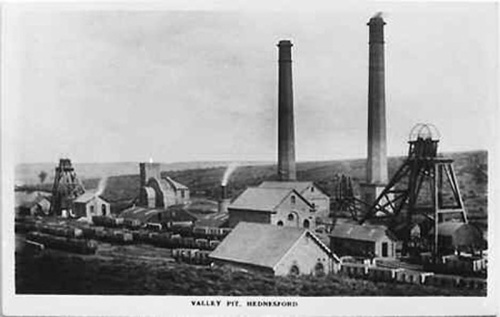 In this photo, the line came up from the Rugeley Road and passed in front of the chimneys, passed all the buildings, went under a footbridge and up the valley for a short distance. 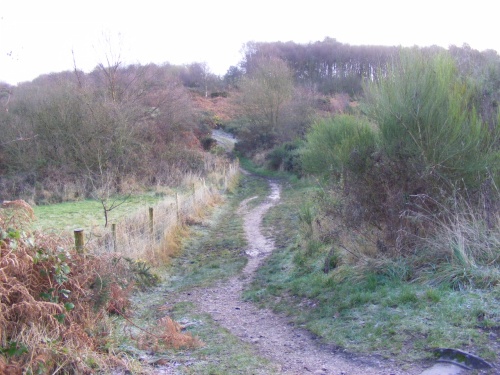 This is the site of the footbridge.

The footbridge was erected for miners from Hazel Slade and Rawnsley to gain access to the colliery without crossing the railway (and was used as a short-cut to get to the shops in Hednesford!).

Up the valley the line ended and the train went over a set of points which enabled it to change track and come back down the valley to the sidings to the front of the photo.  The line also carried on through to rejoin the up-line below the buildings, and travel back to Hednesford.

This is the present view of the old Corn Stores, now housing the Museum of Cannock Chase, the down-line would have followed the line of the tarmac road for a short distance before swinging over to join the up-line.

If anyone has a photo of the road bridge or the footbridge, I would be very grateful for a copy.  Thank you.

The previous post took care of lines to the left from Hednesford to Rugeley, now to sort the right hand ones out!  This first photo is a busy one…..

From the front, view of half a coal wagon on the line to West Cannock, then the double track main line Hednesford to Rugeley and then, the first home of the Railway Preservation Society (West Midlands Branch), with the London, Brighton & South Coast Railway loco now No.9  ‘Cannock Wood’ 0-6-0T.  The next line is up to Cannock & Rugeley Colliery’s Cannock Wood pit and somewhere between that line and the pit in the background is the line to the CRC Valley pit.  The buildings to the rear of the photo are those of the Valley pit, and in between the two sets of head-gear is the old corn stores which now houses the Museum of Cannock Chase.The line to Cannock Wood crossed the Hednesford-Rugeley Road at Bates’ Corner. 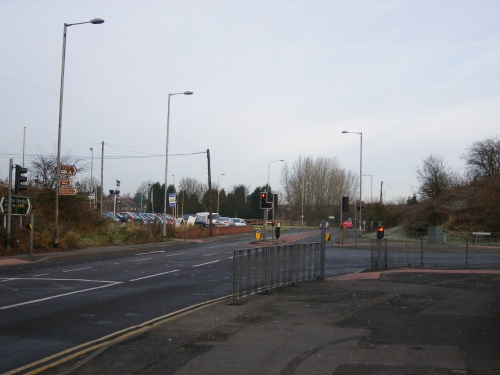 No bridge, no general stores!   And as for the Paddy train….

It carries on in a similar vein – the track bed completely overgrown.  From the sidings to the bridge, the Council have put down a cycle/footpath,which 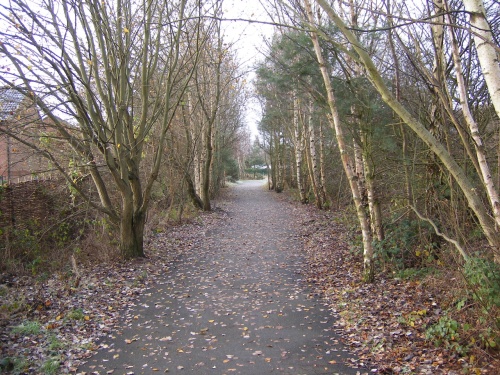 turns sharp left at the bridge and passes the former West Cannock 5s site instead of crossing the road and following the trackbed.  I think there were some objections from residents about a high level path at the bottom of their gardens – quite understandable, I think.

Further up the line, approaching the level crossing, is ‘Rawnsley’ Lilleshall built No.4 0-6-0ST, formerly 2-2-2 built fot the Paris Exhibition.

A similar view showing just how overgrown it has become.  Moving on towards Cannock Wood pit there is a level crossing at Hazel Slade. 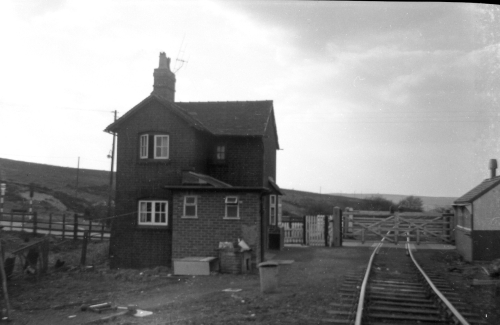 Then the train carries on into Cannock Wood pit