Hednesford’s No.1 signal box will be transformed into a classroom by college students.
The box was moved to Hednesford Park earlier this year and will be restored by construction students from South Staffordshire College before being put to use as a community hub.
The group, aged 16 to 19, will be painting, decorating, repairing and guttering the box as well as removing its windows and replacing them with wooden frames.
The work will be undertaken in partnership with Cannock Chase Council, the Friends of Hednesford Park and local residents.
The work is due to start in September and teacher David Dew will oversee the restoration. 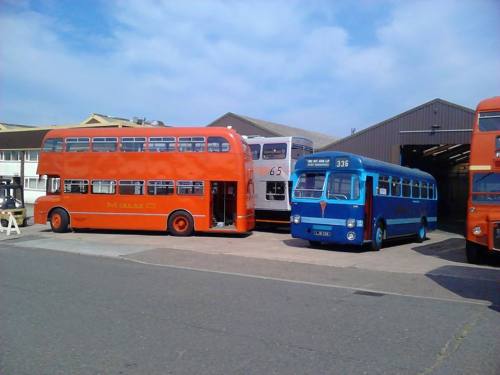 For years they had been left to rot in an old barn hundreds of miles away, but now a pair of vintage buses manufactured in the Black Country have returned home to be restored to their former glory.
The coaches came off the production line at Guy Motors Ltd. factory in Fallings Park, Wolverhampton in 1959 and were bought by the Heath Hayes firm Harper Brothers to carry passengers on day trips to the coast. After eleven years of service they were sold to a scout group in Northern Ireland in 1971 and re-deployed to ship youngsters from their headquarters in Limerick to scout camps across the country.
Three years ago it emerged that the 52-seat coaches were stranded in a barn on the outskirts of Dublin in a dreadful condition, their once gleaming distinctive green and yellow paintwork peeled away and tarnished by rust, polished interiors now sullied and engines dead to the world.
But thanks to the generosity of their former owner and an un-named benefactor the buses are back on home soil, having arrived at the Aston Manor Road Transport Museum in Aldridge, after being loaded onto large flat-bed lorries and transported across the Irish Sea.

Three AMRTM Guy Arab LUF vehicles together at last. L to R, the former 1292RE, former 1291RE (ex-Harper’s 58/57, both Willowbrook Viking bodies), LJW336, the ex-Guy demonstrator with SARO body. Having got both the Harpers home, we’ll be appealing again for funds to allow the museum to start restoration of one, at least – and calling in past promises. Let’s see how popular our formal local operator really is!

From the Cannock Chronicle: http://yourchronicle.com/ 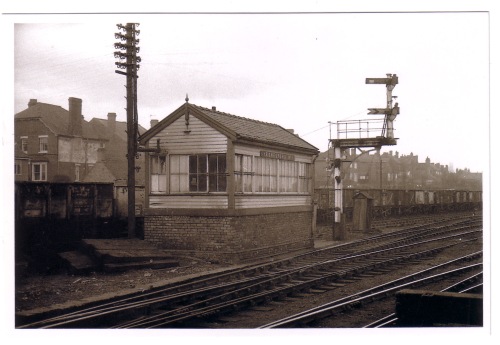 The lifting operation will take place from approximateley 7am when the box will be lifted from its brick base and over the railway lines onto a trailer located at the rear of the new supermarket development. After securing the signal box to the trailer and derigging the crane both vehicles will then drive along Victoria Street and Rugeley Road to enter the car park adjacent to the tennis courts.

The crane will reverse down to the pavilion followed by the trailer and after setting up the crane the signal box will be lifted over the pavilion into its new location. The offloading should start around midday dependant on progress of the first part of the operation.

The Rugeley Road car park will be closed most of the Sunday until the relocation has been completed and the crane and lorry have left site.

Any further changes will be advised