Welcome to our annual end of season ‘Gricers Day’.  This year we have organised a small gathering of preserved buses to create added interest.

1981 has been a good year for CLR and the progress achieved can be seen around the compound area and down the line where the new locomotive shed is gradually taking shape.

A Y.O.P. scheme has helped in the restoration of wooden bodied coaching stock, particularly the ex LNWR non-corridor brake coach on which progress is spectacular as regular visitors will appreciate.

Society members have been kept busy on the overhaul of ‘Asbestos’ which is slowly being reassembled and also the dismantling of the Hudswell Clarke side tank S100, as well as keeping the regular working locos in trim, whilst also running the twice monthly steam trains which have shown a good increase on last year’s figures.

As the average number of volunteers is round about ten, restoration is obviously slow, and more numbers are urgently required – especially with a view to running a longer length of line in the not too distant future – enquire at the booking office for further details.

Two further passenger carrying coaches arrived this week and the diesel gricers will recognise them as DB975005/6, formerly E50416 and E56171 the sole surviving DMU set built by D.Wickhams of Ware in 1957, which have latterly served as the Eastern Region General Manager’s Saloon.

Locomotives in service on the railway today are:

1.         ‘Alfred Paget’ built by Neilson’s of Glasgow in 1882 and formerly at Gartsherrie Ironworks, Coatbridge; the oldest working locomotive in the Midlands.

3.    DL7 built by Ruston & Hornsby’s of Lincoln in 1961 and purchased from the NCB Whitwell Colliery, Derbyshire.

Passenger trains ran at frequent intervals of between 15 and 40 minutes, with freight train run pasts between passenger services.

The freight train will be available for photographic purposes on the as yet unopened section of the line which crosses the lake on a causeway, beyond the limit of the passenger train service.

Don’t forget to visit the museum coach and sales stand at Brownhills West.

At the time of writing only five entries had been confirmed but it is hoped that more vehicles will be present on the day. 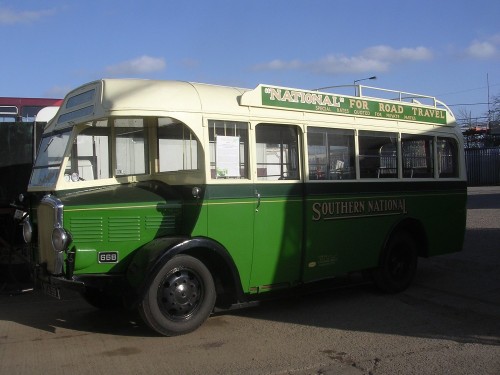 Please support the sales stands connected with some of the above listed buses as these small sales help in the restoration and continued running of these vehicles.

The owners will doubtless be pleased to answer your questions, but please do not enter the buses without their permission.

Finally we hope you have an enjoyable time and will come again next year when regular services will start again at Easter.