From the ‘Brownhills Gazette, December 1989

This was taken from Brownhills Bob’s latest post (28-10-2014) and is of particular interest to railway followers in the Lichfield, Walsall, Brownhills area.

On a personal level – when I first started school (a few weeks ago now!), I used to travel from Brownhills to Lichfield by train (steam, obviously), and later, when I started work, I travelled in the other direction, from Brownhills to Walsall (steam or diesel) – hence my interest in the line.  John (CWS). 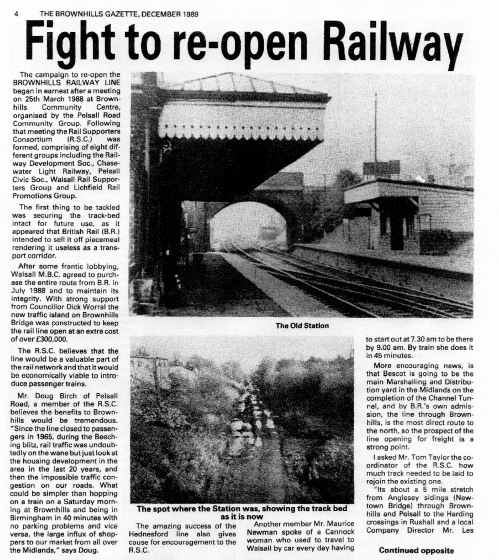 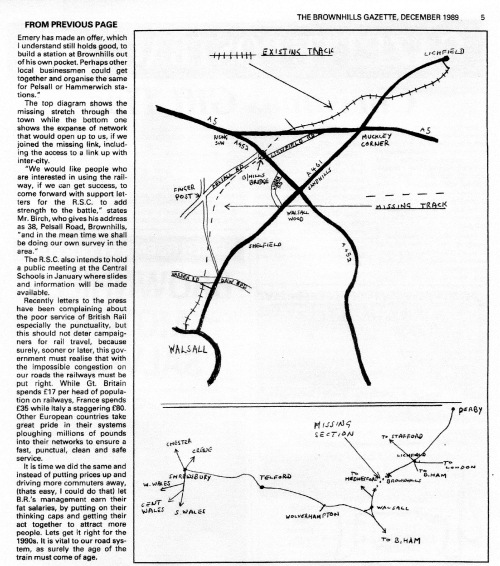 Next year (2015) will be the fiftieth anniversary of the closure of the line!

Posted in News, Some Early Lines