Authorised on 11 August 1879, this 3-mile branch ran from the Caledonian Railway’s South Alloa branch, across the river Forth to Alloa. The Caledonian Railway paid for the line, absorbing the Company with effect from 1 September 1884, the Act (14 July) also authorising extension. The line opened on 1 October 1885 – the North British Railway had running powers. 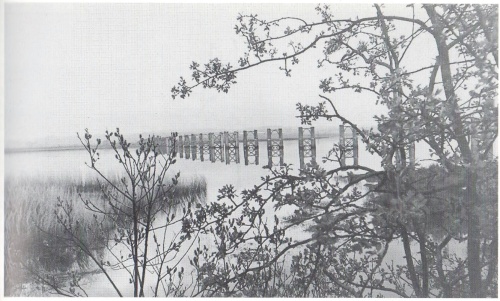 A glassy River Forth and a line of bridge stanchions, reflecting, perhaps, on times past. They once carried the Alloa Railway to the industrial town on the north bank.

The Alloa railway was connected to the Stirling and Dunfermline Railway by a connecting line from Longcarse Junction built by the North British Railway in exchange for reciprocal running powers.

British Railways added a second connection from Longcarse Junction to Alloa Marshalling Yard (parallel with the S&D line) in 1957. This made the turntable at Alloa passenger station redundant.

Alloa Swing Bridge
The swing bridge across the Forth was opened on 1 October 1885. It was subsequently closed twice due to storm damage in 1904/5 and 1920/1. 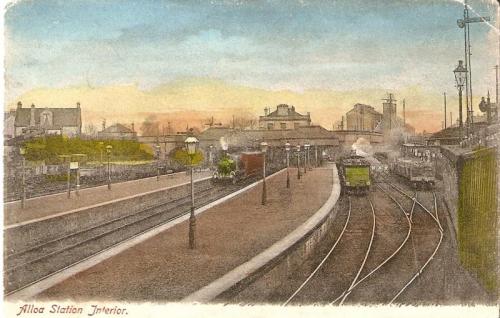