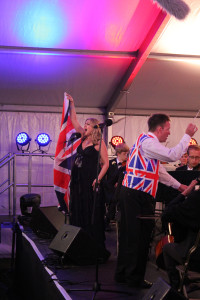 Lichfield Proms in Beacon Park
Saturday 6 September 2014
Children’s activities from 5.30pm, music from 6pm, main concert at 7.30pm
Free entry!
Lichfield Proms is Lichfield District Council’s free annual outdoor concert for the whole family.
The annual event is an opportunity to enjoy a late summer evening in the beautiful surroundings of Beacon Park, live classical music and fireworks.
Since the first concert in 1998, Lichfield Proms has grown from strength to strength, establishing itself as an eagerly anticipated date in Lichfield’s calendar.
This much loved free concert features a prominent symphony orchestra, local musicians and singers.
The evening is brought to a close with fireworks to the traditional sounds of Land of Hope and Glory.
VIP seating: We’ve now got some extra VIP tables available. It costs £10 a seat (booked in fours or sixes). To find out more email proms@lichfielddc.gov.uk or call Jenny Golding on 01543 308775 (if there is no answer, please leave a message and Jenny will get back to you).
Parking: Don’t forget, you can park in Beacon Park for a £5 donation, which includes a glossy programme. Just follow the signs from Lower Sandford Street to the temporary car park.

Published on Tuesday, 2nd September 2014
Volunteers needed to help at two conservation events in Lichfield District this September.
Lichfield District Council is inviting adults to lend a hand at two upcoming Countryside & Parks Conservation Group (CPCG) events this September.
The second CPCG day of the month is on Wednesday 17 September at Coulter Lane in Burntwood. The day will include continuing to improve the health of the woodland by coppicing sleeted trees to encourage regeneration and allow a greater amount of light to reach the woodland floor. Habitat piles will also be created to act as ready-made homes for small mammals and invertebrates. The group will also conduct crown lifting of specific trees to improve access across the site for both the public and to enable future works.

Both days will run from 10.30am to 3pm. All tools will be provided as well as light snacks. Wearing outdoor waterproof clothes and sturdy footwear is recommended. 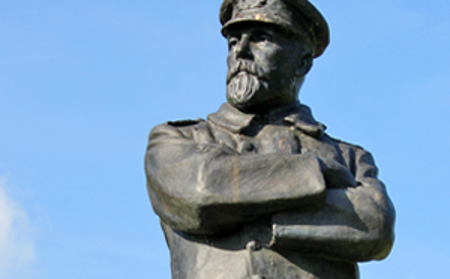 Published on Wednesday, 3rd September 2014
Thanks to a generous donation from Lichfield Greenhill Bower, a new slide has been unveiled in Beacon Park’s junior play area.
The colourful slide is already appealing to little ones, as three toddlers from Humpty Dumpty Day Nursery & Pre-school demonstrated when they were let loose on it on Tuesday 2 September.

Called ‘Aladdin’s Cave’, the slide has a set of sturdy, secure steps, a large platform, tall side panels and a long chute – which have all been designed with the youngest age group in mind. It also has a cave section underneath to hide all that treasure!

The slide was installed on 21 August after Lichfield Greenhill Bower donated £2,240 to Beacon Park. It was officially launched on Tuesday 2 September.

Beth Colley, Lichfield Greenhill Bower’s Beacon Park Organiser, said: “Beacon Park is at the heart of the Bower celebrations, and it’s great to have been able to give something back to this fantastic local attraction, following such strong support from local people over the years.”

Councillor Andy Smith, Lichfield District Council’s Cabinet Member for Leisure & Parks, said: “Parents have told us they were keen for a slide aimed at younger children to be available in the park, so we’re really grateful to the Lichfield Greenhill Bower for their donation, which meant we could buy this fantastic slide. It complements the play ship, train, roundabout, swings and more that are on offer to children in Beacon Park’s enclosed playground, and we’re sure children will enjoy sliding down it for years to come.”