The final express design for the Great Northern, introduced by Mr. (later Sir) Nigel Gresley in 1922 just before the grouping.  Two engines were built initially, Nos.1470 and 1471.  They were a revolution in the size of power for express working on the GNR, which had hitherto been almost exclusively in the hands of the Ivatt ‘Atlantics’.  They were the only engines (apart from ‘Henry Oakley’) on that line ever to bear a name, No. 1470 being appropriately ‘Great Northern’, and 1471 ‘Sir Frederick Banbury’.  They may in some ways be regarded as a natural enlarged cross-development between the ‘Atlantics’, with their wide fireboxes, and the 3-cylinder K3 2-6-0s detailed in the previous post In this category. 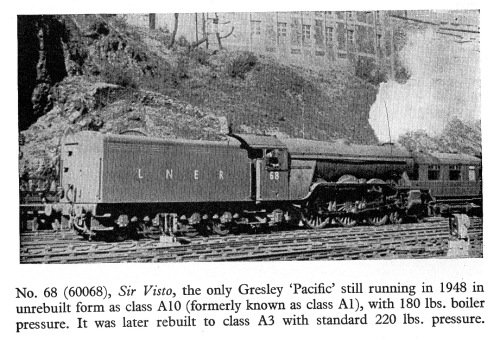 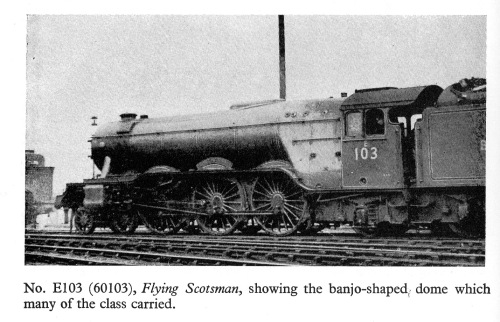 All eventually received the higher boiler pressure, and in 1945 Thompson rebuilt the initial engine No. 4470, when it was considerably modified, and as such became the prototype of a new class of his own, comprising in all fifty engines.  This locomotive received the number 113 under the 1946 renumbering scheme, whilst the remainder became 35-112, and later ran as BR 60035-60112, the Thompson rebuild and subsequent additions being 60113-62.