A powerful class of mixed traffic locomotives introduced by Gresley in 1920.  Ten engines were constructed for the GNR, Nos. 1000-9, and after grouping another 183 were built between 1924 and 1937, with slight modifications.  At the time of their appearance these engines had the largest boilers, 6’ 0” in diameter, yet seen in this country.  They were the first of Gresley’s engines to employ the rocking shaft device whereby the piston valve of the inside cylinder is actuated by levers connected with the tail rods of the Walschaert’s valve gear of the two outside cylinders, thus dispensing with the need for a separate eccentric or valve gear for the inside cylinders.  This arrangement was later used most successfully by Gresley for his ‘Pacifics’ and several other classes, and worked very well when kept in good order.   It is inclined, however, to become uncertain under conditions of poor maintenance so frequently met with towards the end of the steam era. 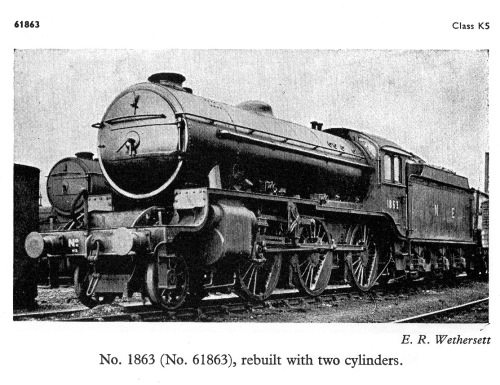 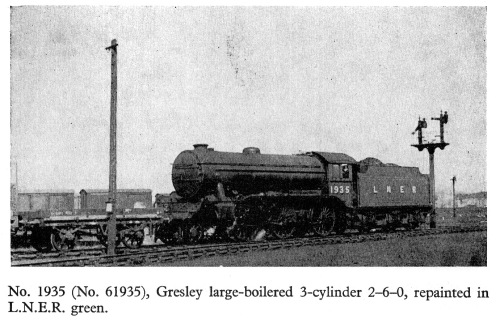