A team of divers and engineers have begun a £600,000 repair scheme on a Staffordshire beauty spot that lent its name to one of the nation’s best loved authors, Rudyard Kipling. 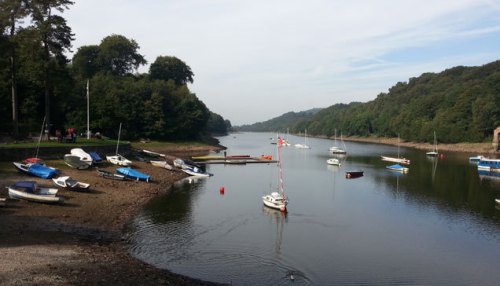 We’re carrying out important work at the 200 year-old Rudyard Lake near Leek, which supplies water to the region’s canal network.

The project will mainly involve replacing valves at the reservoir which control the rate that water is released into the canal network. The lake has two sets of valves but, over time, one has become very difficult to operate meaning that the water is being held back by just one set.

Divers will get into the water to replace the faulty upstream valve with a modern hydraulically operated system as well as replacing the two leaking downstream valves. The upgrades will improve water retention in the lake while also giving us greater control of the water released into the region’s network of canals.

The lake was built in 1797 by John Rennie to supply the Caldon Branch of the Trent & Mersey Canal and fuel the industrial growth of the Midlands.  It would ensure a continual flow of water into the canal which helped to support the heavy industries in The Potteries and West Midlands.

The 2.5 mile long lake has also been a popular visitor attraction over the years and in Victorian times thousands arrived by railway to escape the smoky atmosphere of the Potteries and Manchester.

The parents of Rudyard Kipling were so taken with the lake that it’s said they used it as inspiration for the name of their first born son. Today Rudyard Lake is still enjoyed by families for walking, cycling, fishing and taking boat trips.

While on-site engineers will also be repairing the ‘coffin weir’, an ingenious 200 year old design feature intended to control the rate that water flows down the canal. It works like a giant bath tub, holding back the water discharged out of the reservoir, releasing it slowly into the canal as it overflows. Recent tests have shown the weir to be leaking so engineers have drained it, scooped out years of sediment build-up and are now repointing the historic brickwork to minimise leakage and improve water control.

Richard Spencer, senior project manager for the Canal & River Trust said; “Rudyard Lake has a rich history and is a stunning place to visit but it also has a vital role to play in supplying the region’s canal network and that’s why these works are so important.

“By carrying out these works we’ll be protecting that water flow and restoring an important part of Staffordshire’s industrial heritage.” 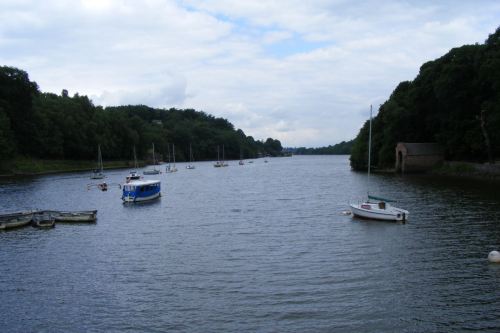