In 1911 Robinson brought out his splendid 4-6-2Ts, one of the finest designs of express suburban tank engines ever built.  Twenty-one were turned out between 1911 and 1917, and just after the grouping a further 10 appeared new, lettered LNER but with Great Central livery and numbers.  In 1925 a further 13 were built with slight modifications for use in the North Eastern area, the original lot spent most of their time on the GCR London suburban services out of Marylebone until the late 1940s. 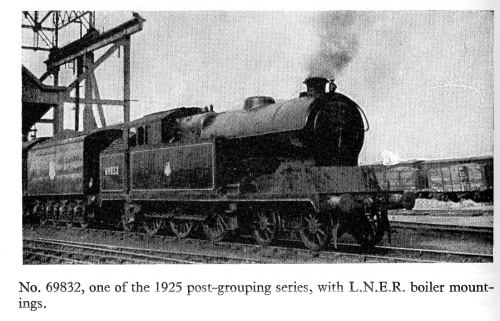