Update on No.21 – Arthur Edwards 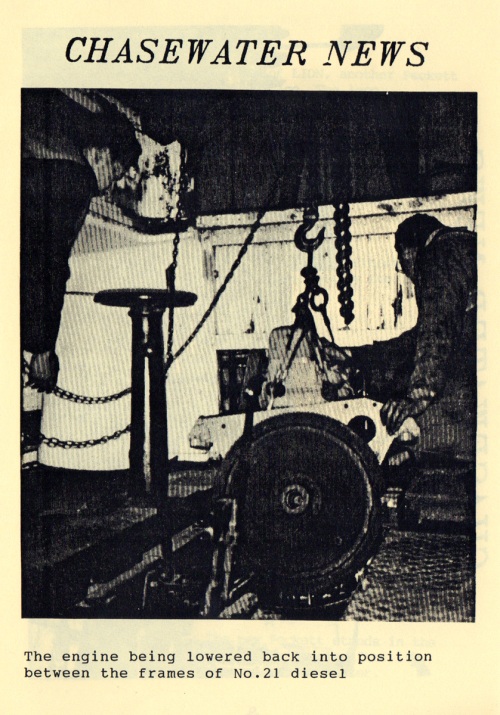 A long while ago I applied copious layers of red oxide to the outside of this loco in an attempt to preserve it, but once in the shed, Chris and Beth helped me to sand it down, fill it, sand it down again, apply gallons of primer and sand it down again!  When Dave ‘Doc’ Baker arrived on the scene, Steve Organ approached me to ask if it would be ok for Dave to do the top coat as he was at one time employed as a signwriter.  We all agreed, and now the result looks quite smart.  Following the recent fitting of the Dorman engine into the frames, Chris has had a problem with lack of compression preventing it from starting.  New cylinder liners are now being sought to match the new pistons we already have in stock as a solution to this problem.

News of the E1 – Barry Bull 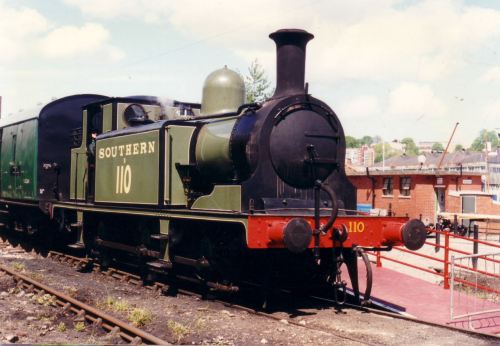 The E1 has returned to steam at Cranmore where it featured in their three day Gala event on October 1st, 2nd and 3rd.  Despite original plans to restore the loco in BR black livery as No.32110 (livery and number which of course it never carried) the loco has actually been turned out in Southern Railway olive green livery.  Crews report that the loco is still a bit tight but runs well and will ‘run on a fag end’, which I presume means that she is economical.  Perhaps a visit to Cranmore is called for, bearing in mind that another well-known ex-Cannock coalfield loco, Manning Wardle ‘Littleton No.5’ can be found a few miles away at Bitton.

For the first time in many years, the CLR took a stand at an outside event, the Warley Model Railway Exhibition on October 9th and 10th at the NEC.  This clashed with our end of season rally and opening of the extension, and also my birthday on the Sunday.  After 25 years of waiting to see proper passenger trains on the causeway, I missed it in order to raise funds.

Items for the stand had been collected from Chasewater the previous weekend and put in awkward places around the house for me to trip over.  On the Friday afternoon John and I went to the NEC to set up the stand will a well-loaded Riley off down the M6.

Our first impression was that the hall was huge and well laid out, in fact we were able to drive the car up to the stand inside the hall to unload.  There then followed attempts to disguise the various household furniture into a reasonable-looking display for our goods, some relics and Tony’s models.  Compared with some stands, ours looked very homely.  Whilst in the hall we had a severe electrical storm, heavy rain and a strong wind that blew over causing the large doors to be closed and the organisers to pray for better weather, and us for the event planned for Chasewater on Sunday.

On Saturday the hall was packed with bodies, and what had seemed like large aisles the night before were full.  The day went on with steady sales of paperwork and odds and ends, and a steady stream of enquiries and much leaflet giving-out, the idea being to be there as much for publicity as to raise money.  The new leaflet on Chasewater seemed to go down well.

Sunday dawned and John and I were there again but the day was not so busy.  We were able to supply the Tal-y-Llyn Railway with some early GWR Tywyn paperwork for their archives which they appreciated with a donation.  All in all attending the exhibition was a good exercise, raising some money and flew the flag. 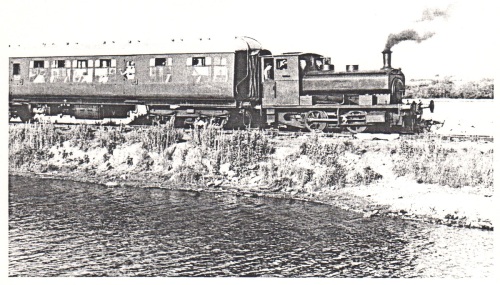 Excitement and fascination are the only words to describe the looks I saw on the children’s’ faces as they queued up to see Santa.  Although some might say that the rosy red glow in their cheeks could only be attributed to the biting north wind that blows in across the lake.

I personally would like to think that a mixture of both contributed to the atmosphere that was created by the hard work and unceasing enthusiasm of the staff at Chasewater, without which this event would not be possible.  Included was a vivid interpretation of Santa by our own Steve Organ, supporting cast being supplied by Geoff and relief Santa by Andy; not forgetting the mammoth task of decorating and preparing Mr. Claus’s Grotto, courtesy of Margaret and John.  With all this plus a train ride provided by Les Emery, promptly followed by sherry and mince pies for the parents.

It only remains for me to say that the CLR is obviously going from strength to strength with its presentation of this seasonal event.

Congratulations to everyone concerned. 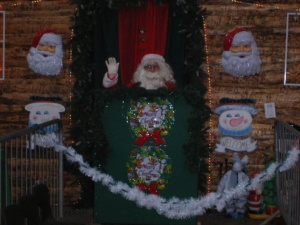