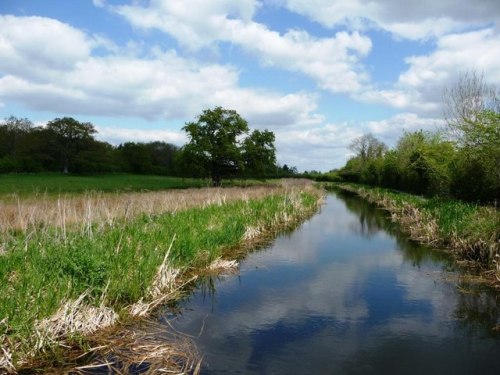 Montgomery Canal east of Llanymynech Taken from the trip boat on the Montgomery Canal.  © Copyright Christine Johnstone and licensed for reuse under this Creative Commons Licence.

A rare floating water plantain is getting the chance to thrive on the Montgomery Canal, thanks to a biodiversity grant from the Welsh government.

The Montgomery Canal is one of the world’s leading sites for the Luronium natans floating water plantain. The canal is already a Site of Special Scientific Interest for almost half its length and a Special Area of Conservation for its entire length within Wales.

The £60k award from the Ecosystem Resilience, Diversity and Compliance Fund will allow British Waterways’ ecologists to improve the canal habitat. Work will include dredging near Brynderwyn Lock and trial management of in-channel nature reserves. A downloadable wildlife interpretation trail for visitors will also be created, covering the stretch of canal from Welshpool Town Wharf to the nature reserve at Whitehouse Bridge.

Stuart Moodie, ecologist, British Waterways said: “This is a great project to improve the ecosystem and increase understanding of the importance of the wildlife on the Montgomery Canal. The canal is already a well-loved attraction. The funding will enable us to carry out vital dredging works. This will improve and protect the natural habitats along the canal, which provide safe havens for its rare creatures and plant life.”

Water pool with wildlife  Nice natural pool on a sunny May weekend.  © Copyright John Carver and licensed for reuse under this Creative Commons Licence.

As the steady restoration of the canal progresses, British Waterways and partners are committed to the carefully managed use of the waterway to ensure a sustainable future for these rare communities of flora and fauna.

Lock on the Birmingham and Fazeley Canal

This lock, known as Curdworth Bottom Lock, is close to the Heart of England Way and to Kingsbury Water Park.  © Copyright Angella Streluk and licensed for reuse under this Creative Commons Licence.

Join the IWA Lichfield Branch for a walk around Kingsbury Water Park and the Birmingham & Fazeley Canal. 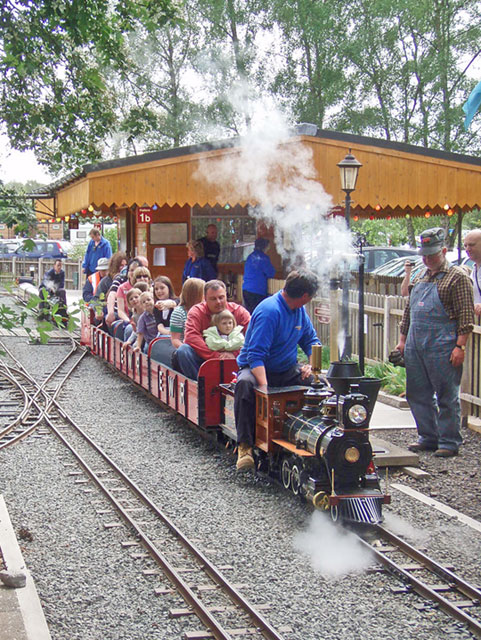 A 7 1/4 inch Gauge miniature railway at Kingsbury Water Park.  Established in 1972 at the National Agricultural Centre, Stoneleigh, Warwickshire: re-established here in 2005   The railway is operated by a group of 7 1/4 ” gauge railway enthusiasts and takes its name from the word ‘Echill’ derived from ‘Eche being an old English word meaning “a piece added or set aside”, which dates back as far as 1000 AD hence the name Echills wood = a small copse that has been set aside.

© Copyright Andy Stephenson and licensed for reuse under this Creative Commons Licence.

British Waterways’ volunteer lock keeper campaign has got off to a flying start with over 300 people enquiring about the roles in the first week.

Last week saw Brian Blessed don a life jacket and take to the Kennet & Avon Canal to open lock gates and help out passing boaters. Launching the organisation’s campaign to attract new volunteers to the waterways he said: “Ever since I was a child I’ve loved our canals and rivers, going off exploring on my bike and looking for wildlife.

“They’re unique places so I would urge people with a real passion for their local waterway to get involved as a volunteer lock keeper. They meant so much to me as a child so I think it’s important we all do what we can to help protect them for our next generations to enjoy.”

Brian’s enthusiasm for the role has infected the public, as the British Waterways volunteer team reports a huge number of applications for the role. Ed Moss, national volunteering manager explains: “The campaign is stirring up a high level of interest because so many people want to help. The role of the lock keeper is such an iconic role that appeals to people to get outside, work the locks and help their local community.”

British Waterways is currently rolling out the volunteer lock keeper scheme to over 60 new locations. Volunteers don’t need any previous lock keeping experience although enthusiasm, people skills and an interest their local area will come in handy.

For more information about how you can get involved visit http://www.waterscape.com/volunteerlockkeeper.

Lock on the Caldon Canal