The visit opened with tea and biscuits and a slide show on the first floor of the Museum. 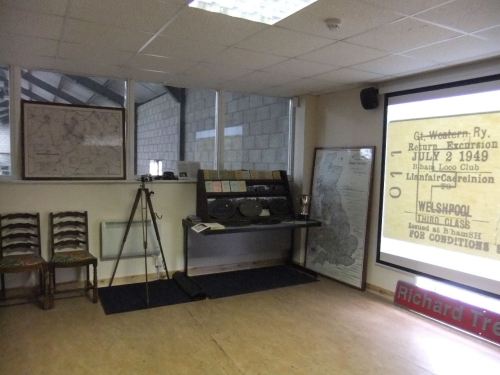 This was followed by a train ride behind Asbestos, the full length of the line – not cut off at the causeway as it was on the previous visit, for the IRS AGM when the causeway was closed to allow for a culvert to be built into it.

On return to Brownhills West all were treated to an absolutely first class buffet, put on by the new Hospitality Manager, Craig Wilkinson and his staff in the Sidings Tea Room, I cannot remember having a better buffet anywhere! I tried most of the items on offer – all delicious – taking care to leave room for at least two sweets (I wish I could have eaten more!)

Anyone thinking of trying the Sunday Carvery which starts on 23rd October should be in for a real treat!

This model is available in two colours, the red one is called ‘Wenman’ and the green ‘Joseph’.