Steam Locomotives of a Leisurely Era 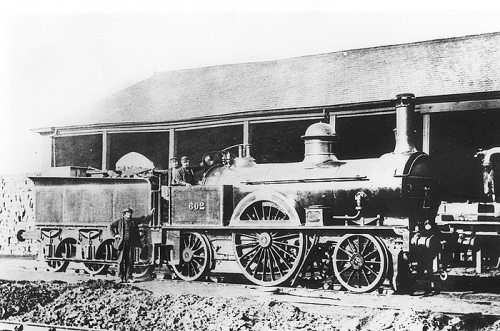 These well known McConnell singles of the Southern Division of the old LNWR were of three classes, forty with 7’ 0” driving wheels, thirty-six 6’ 6” engines – all of these came out between 1851 and 1861 – and in the latter year there also appeared three larger engines with 7’ 6” wheels.  These engines have always been known as ‘Bloomers’, by being associated with a redoubtable lady of that name who expressed strong views on the subject of female apparel, the connection apparently being that the new engines had open splashers which indiscreetly revealed a large proportion of the driving wheels, corresponding to the leg in human anatomy.  However, the nickname stuck, and these celebrated engines have never been known by any other name other than ‘Bloomers’.  They did fine work on express trains between Euston and Birmingham for a good many years, and lasted until the 1880s.  In 1872 they all received names, many of which were perpetuated on subsequent classes of LNWR engines. 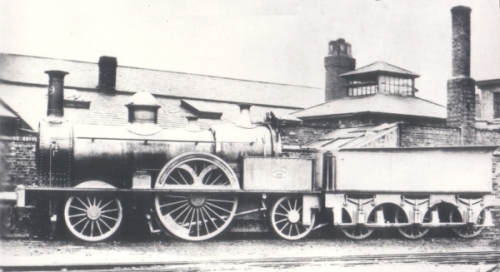 No.895 ‘Torch’ – as  rebuilt by Ramsbottom with a cab and other details.