Scanning through the draft for this magazine I came to the conclusion that things must be improving as there seems to be a lot happening and even more to look forward to as indeed there is.  However, this illusion is rapidly shattered by a visit to Chasewater where a visitor asked me “is this railway derelict? – I came here expecting to ride behind a steam engine” a tour of the engine shed and a chat with the Sunday regulars changed this person’s view but there must be many more who don’t enquire and merely see what they see – not a pretty sight.  For all intents and purposes the railway is derelict and a hell of a lot of hard work will be needed to run trains again.  With the present day work force there is two to three years work to be done before a passenger train can run again and apart from this, a large amount of money will be needed to pay the legal fees, etc. necessary to gain the all important Light Railway Order.  This brings me to another point and that is the apparent lack of progress on the administrative side of the re-opening process.  Moves are afoot to get things moving and it is to be hoped that the membership will vote on certain resolutions at the forthcoming AGM with the aim of getting the Railway re-opened as quickly as possible, rather than letting personal prejudices cloud their vision.

Provided that West Midlands County Council do rebuild the platform and provided that Walsall District Council do provide us with the necessary leases and Light Railway Order then perhaps next year we can attract more visitors who will be able to believe that real progress is being made, and help dispel the working members’ fears that trains may never run again.  Whilst this uncertainty hangs over the railway’s head the wooden bodied rolling stock is disintegrating before our eyes, doesn’t anyone care?

I hope members will visit the railway on Gricers’ Day (13th October) and see for themselves what needs to be done – perhaps it will inspire you to come and give a hand or perhaps it will finally convince you that your membership is a waste of time and that the Society will finally collapse after all.  The choice is yours – if thirty working members turned up every weekend from now until next Easter then one could confidently say that services could re-open next May – think about it, your apathy could be the final nail in the Railway’s Coffin.

Now from a rather pessimistic outlook with a touch of optimism towards the end to some really sad news:

It is with great regret that we have to report the death of Charles Ives, Society Vice President and former President and benefactor for many years.  Ill-health has for some time forced Charles to take a back seat in Society matters but his influence in the formative years of the Railway Preservation Society (West Midlands District) can never be undervalued. 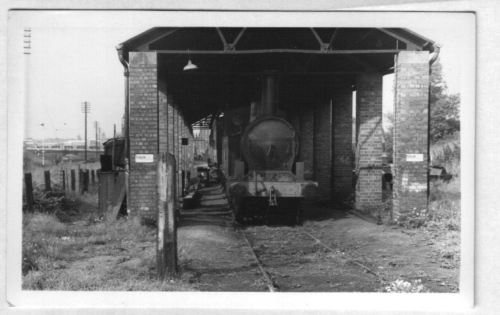 Charles provided the Society with its original home on siding space at his Hednesford engineering establishment.  For ten years the Society had free use of the siding including an overall roof to assist early members in their restoration work.

His presence at Committee Meetings was always welcome with his sense of wit and countless anecdotes and sayings.  In his own way Charles was one of the pioneers of the preservation movement although perhaps a name that might not readily spring to mind.  A true character he will be sadly missed by all who knew him.  Our condolences go to his widow.  B. Bull

Anyone who has followed this blog cannot fail to recognise the contribution of Charles Ives to the RPS West Midlands District and ultimately the Chasewater Light Railway Society. CWS 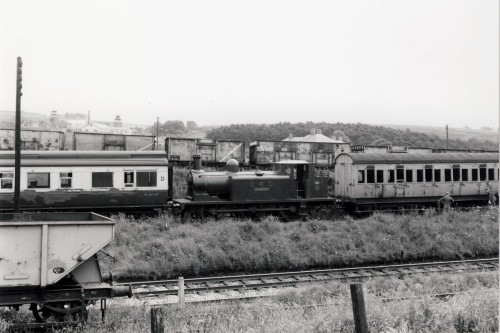