The Chasewater Railway was honoured to host the Annual General Meeting of the Industrial Railway Society on Saturday 16th April 2011. 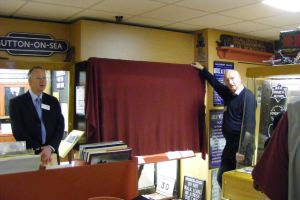 The day started with the unveiling of the Eric Tonks Collection of locomotive nameplates and worksplates, this was, of course held in the Museum. 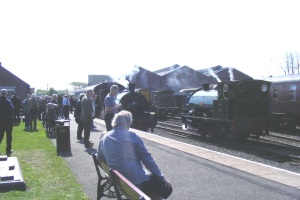 Following this, and many photographs, a number of rides down the line with ‘Asbestos’ and ‘Linda’ taking turns in hauling the train.  I think that ‘Colin McAndrew’ was in steam later.

The Marston’s Baguley diesel shunter and the Class 08 were also put through their paces.

There was a buffet lunch on the first floor of the Heritage Centre which was well appreciated – well done Linda and Mavis and anyone else involved.

The Annual General Meeting was held after lunch, followed by more railway activity. 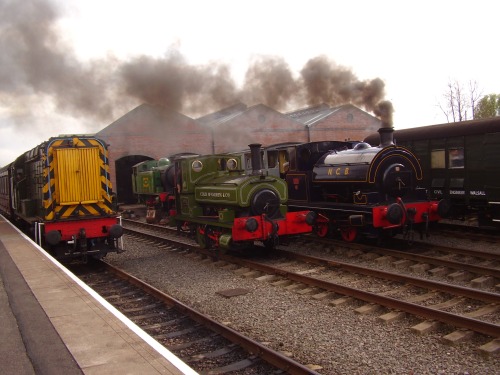 Our visitors’ book bears testimony as to how well Chasewater Railway’s efforts were appreciated.  Well done everyone.

Ellie still going strong (ish) 18 months after her operation.
Now trying to become a Bluebell Girl!
Sadly she doesn’t run too well these days as lack of real exercise for over twelve months left her without much muscle tone and Arthritis restricts her as well nowadays. Mind you, she can still make a squirrel go a bit!!

Lichfield Dog Agility Society at Chasewater, a photo by Chasewater stuff on Flickr.

The Lichfield Dog Agility Society were in action at the Classic Transport Show at Chasewater on Sunday 17th April 2011. I took a few photos but sadly couldn’t stay too long.