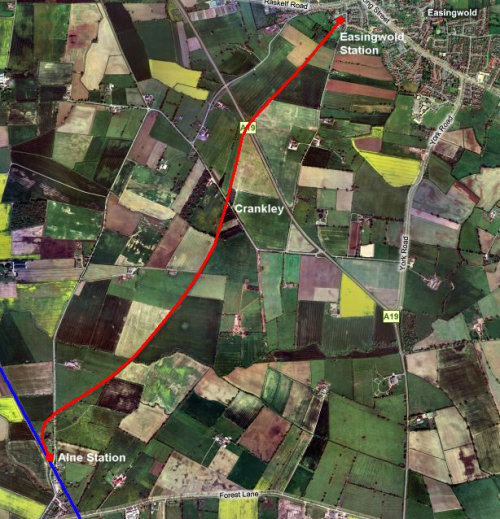 The Easingwold Railway was a privately owned standard-gauge railway in the Vale of York that ran from Alne Station on the East Coast Main Line to the village of Easingwold. At 2.5 miles long, the Easingwold Railway prided itself as “England’s Shortest Standard Gauge” but was also locally known as the “T’Awd Coffeepot”.

The Easingwold Railway purchased its Hudswell Clarke 0-6-0ST, No.2 in 1903 and the engine soldiered on until 1947.  It stands at the head of three ex-North London Railway Coaches.  Real Photographs/Ian Allan Library.

After funding was secured, construction was contracted to the ominously named Death & Co. This company failed during construction, and a second unknown contractor completed the railway in the summer of 1891. The official opening day was Saturday 25th July 1891, and appears to have been a large event for the residents of Easingwold. 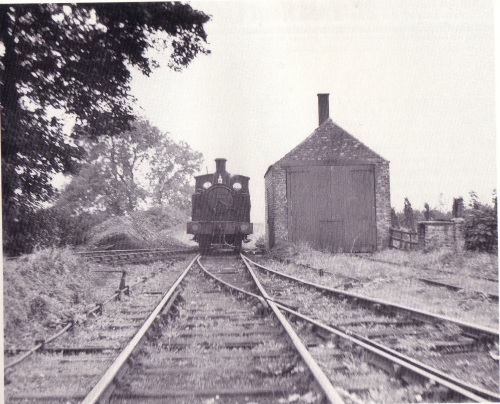 By 1949, passenger services had ceased on the Easingwold Railway and, it seems, so had much of the pride in the cosmetic appearance of the line.  Forlorn-looking ‘J71’ Class 0-6-0T No.68246 sits alongside the equally forlorn shed building at Easingwold.  Real photographs/Ian Allan Library.

Early passenger services consisted of nine daily trains each weekday in each direction. At first, third class tickets were issued on all trains, although in 1893 this was reduced to first and last trains only. Third class ‘Cheap Day Return’ tickets were issued for Saturday services during the 1920s. This was accompanied with a weekday reduction of services to eight daily trains in 1921, and six in 1927. World War 2 led to further reductions and by October 1946 there were only return trips a day. Passenger services finally ended on 29th November 1948.

This coach is now in the Heritage Centre at Chasewater Railway