Brownhills in the Fifties

Brownhills in the Fifties

There was a question on a radio pop quiz which triggered a memory from some fifty-odd years ago.  The question was ‘Who made the record ’Why do fools fall in love?’  The answer was Frankie Lymon and the Teenagers, in 1956.

The memory was of a picture in F.W.Cater’s shop window in High Street of the group wearing sweaters with a large letter ’T’ on the front.  A quick visit to Google soon found it! 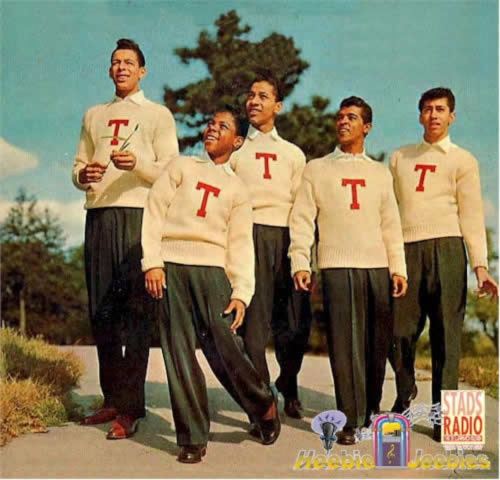 I was at school in Walsall in those days and used to catch the number 23 bus from Brownhills to Walsall from the stop outside Cater’s shop.  I think it was the only place in Brownhills where you could buy records at that time, and they used to display the ‘Top Twenty’ records each week (and sheet music!).

The shop hasn’t belonged to Cater’s for many years, I know that at one time it was a motor-bike showroom, and according to this photo, it was a restaurant,  but according to google street maps now it’s a carpet and furniture shop. 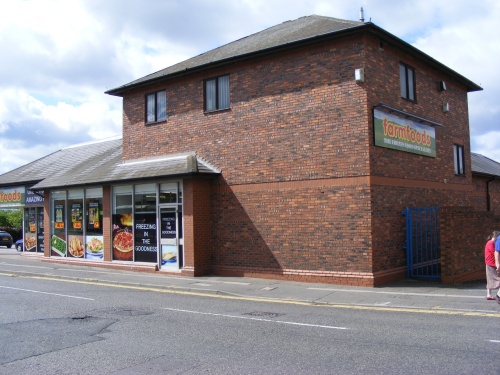 Across the road is Farmfoods, where the old Co-op used to be.  It was great to go in there, they had a cashier’s office where all the money was sent and change and receipts issued.  The money was put into a container and attached to a device which sent it by wire across the ceiling to the office where the sale was recorded and the change and receipt sent back by the same method.  It was pure magic to a child!

Moving up Brickiln (Bricklin!! to us older residents) Street the former Doctors’ surgery hasn’t changed much but now it’s a

Veterinary surgery, and across the road from that was the former library.  I was one of the early members when it first opened – I can even remember my first book which I borrowed – ‘Swallows and Amazons’ by Arthur Ransome. – funny how some things stick in the memory.

Talking of the memory, there are a few things in this same area which have remained the same since I left Brownhills in 1960 until about five years ago.  Number one, the Church Hall in Vicarage Road had a new front door fitted, the first new one, I think, since the original in 1954. 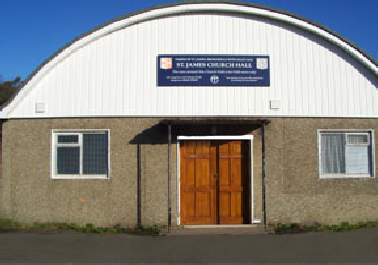 Next was the gate and fence around the School Field in the Back Lane.  I know that it’s Short Street now, but to us it was the back lane.  I’m going back now to the early fifties, us football playing lads were, I’m sure, under 10 years old, and the girl’s school (the Junior School nowadays, I think) hockey pitch was the only place that we could play with proper goal-posts – I know they were small but so were we!  We could crawl under the gate in those days, the more ambitious would climb over – not me!

Number three in the changes was at the end of the drive in Church Hill (Road if you like!) leading to the rear of some of the shops in High Street, including Woodhouse’s, the Undertakers, the MEB Showroom (Midlands Electricity Board as it was) and Tisdale’s fish shop.  You could also reach Smith’s Fireplace Shop and Roger’s Greengrocers.

The big tree was the first tree on the right looking up Church Hill.

At the end of this drive stood a big tree. It was one of our goal-post when we played in the yard (if the ball went into the road it was a goal – not many cars in those days!)  This tree had been there all of our lives and longer before it was cut down sometime after 2000.  Shame, but I don’t think it can have been too safe after all those years!

This entry was posted in Brownhills and tagged 1950s, Brownhills, Staffordshire, The fifties, Walsall. Bookmark the permalink.

4 responses to “Brownhills in the Fifties”