Chasewater Railway Museum Bits & Pieces 43.1 – Neilson on its way – most of it!

A not very satisfactory day

June 16th 1968, we were on our way to collect the Neilson locomotive – ‘we’ being Mary Grisdale and myself, Gerald Wildish.  The 4.00am train landed us in Glasgow shortly before 8.00am and after breakfast we arrived at Gartsherrie at 8.30.  Since our last visit, the works had been completely taken over by the scrap merchants, T.W.Ward, and this was the beginning of our trouble.

Reporting at the works – the manager said ‘Oh yes, the engine is there – go up and I will join you later.’  I went to the shed and was disgusted.  Some scrap thieves had removed all the brass clack and water valves.  The coupling and connecting rods had also been removed and cut up by oxy-acetylene equipment and were lying in pieces around the engine.  I returned to the manager and told him the story, ‘Oh yes, that happened yesterday, the police have been told’ – but why hadn’t he mentioned it to me earlier!

There was one locomotive with its motions still intact – No.3, and the manager agreed that we should tale these rods.  The next job was to remove them, they were stuck fast!  Mary traced some welders nearby with some cutting equipment and I gave them a back-hander to remove these for me – it took two and a half hours to get these pieces off satisfactorily. (It is highly probable that these men were the culprits from the day before).

Meanwhile the other problem was to remove the locomotive.  The line which we were to use for the removal – which it had been promised would be left for us – had been taken up!  At 9.00am the Wrekin Haulage people arrived and I took the driver on a tour of the lines and eventually we found one road-level stretch of line, but this was a mile and a quarter away.  The problem was to get the loco there.  The diesel loco of T.W.Ward was also in trouble and was unlikely to work.  However, I prevailed on two men to start and operate the diesel, but the brakes failed.  We agreed that I should operate the Neilson as a brake.  At 11 o’clock we succeeded in getting the Neilson to the low loader.  Two hours later we had got the coupling rods off the other Neilson and taken over to the low loader by a dumper truck. 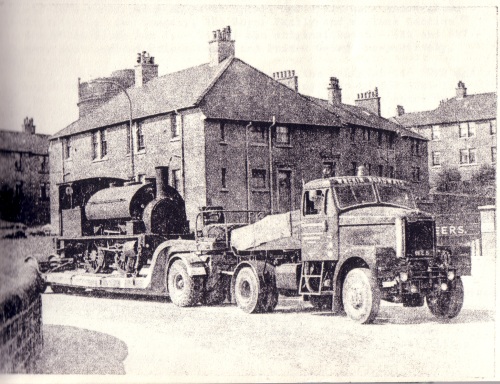 Just before 4 o’clock the Neilson was loaded, but on arrival at the works entrance, the driver estimated that he could not get out!  Half-an-hour later, with the police controlling the traffic, the lorry nosed its way out and we set off for home.

Despite all our efforts, we are still two water and clack valves and injectors short.  New piping will be required to connect them with the loco and screws holding them to the boiler will have to be renewed as these have been mutilated by the acetylene equipment.  However, we have the loco – I pray that No.3’s rods fit.  Now that Millom Haematite Iron Ore Co. is to close down, we may be able to obtain spares from their Neilson, I sincerely hope so – I have written to them in anticipation. 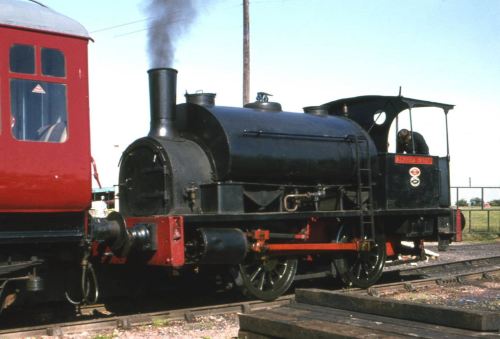 That is the end of Gerald Wildish’s article, but just to conclude – the Neilson locomotive took a while before it was used at Chasewater but was steamed successfully from 1975 till 1982.  After some years in storage and in the Heritage Centre it has now been moved into the workshop ready for renovation work, probably after the Hudswell Clarke S100 has been completed. 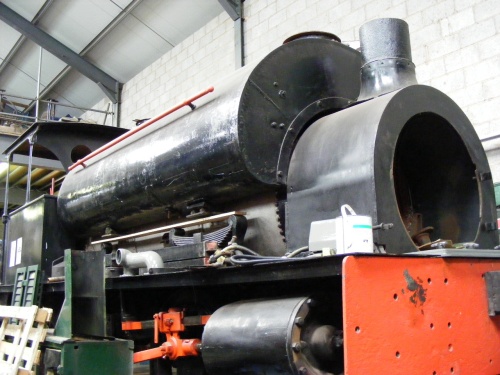 In the Heritage Centre workshop 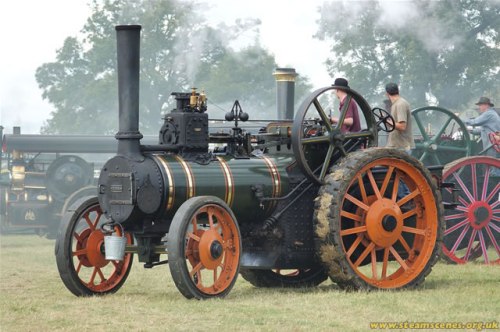