We have recently acquired a card advertising locomotives manufactured by this company. It’s a company which I hadn’t heard of before and I don’t think they built many locomotives – if anyone knows differently, please let me know. 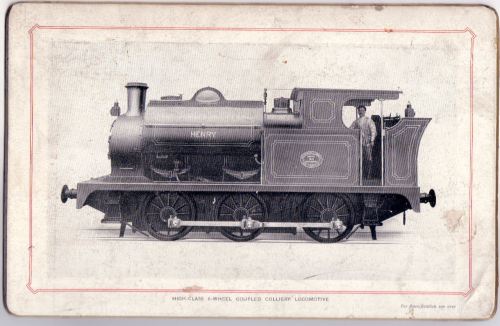 Sunk on Coppull Moor between 1891 and 1900, Chisnall Hall Colliery was the largest pit in the area north of Wigan. It was owned by the Pearson & Knowles Coal and Iron Co Ltd, of Warrington and connected to the LNWR Wigan – Preston main line by a 1.5 mile private railway. In 1930, Pearson & Knowles merged with the Wigan Coal & Iron Co Ltd (and others) and all the collieries, including Chisnall Hall, became the property of the Wigan Coal Corporation.

After nationalisation on 1 January 1947, a major rebuilding of the colliery was authorised by the National Coal Board. New headgear and new screens replaced the fairly ramshackle original structures and a coal washery was added. During the 1950s and early 1960s, well over 1000 men were employed, producing about 250,000 tons per year.

The colliery closed on 24 March 1967, the last in the Wigan area other than small private mines. The washery and railway remained open for about 4 months, washing coal brought from Wood Pit, Haydock.  Landscaping of the very large waste heap and colliery site was very thorough and won awards]. Almost no traces of the colliery or its railway survive. 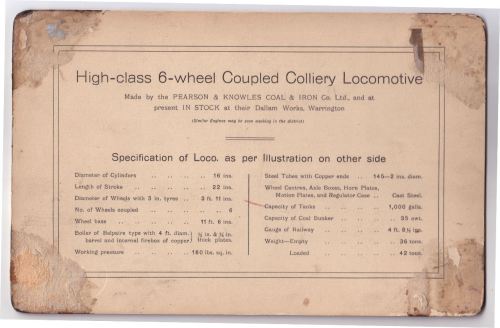