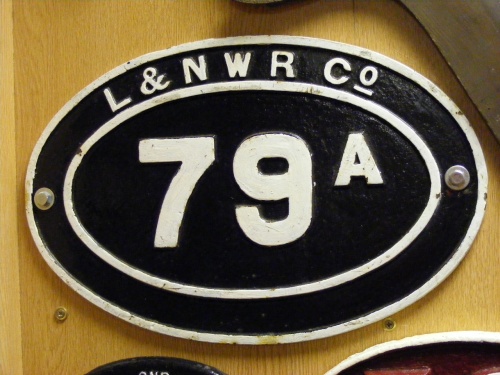 Most railway signs were meant for the public and carried a variety of warnings such as ‘Beware of the Trains’,  ‘Shut the gate’ and ‘Do not cross beyond this point’.

A sign with a different purpose was to be found on the majority of bridges throughout the railway system.  These bridge numberplates had nothing to do with the public, being purely for the railways’ own operational purposes.

They have become very popular with enthusiasts, often being put to use as house numbers.  Almost every company used them, a major exception being the Great Western Railway.  Most plates were made of cast iron, though in the case of the South East and Chatham Railway, they were made of stamped, pressed steel.  The plates were located on the left-hand side of bridge piers – one at each end – facing the trains. 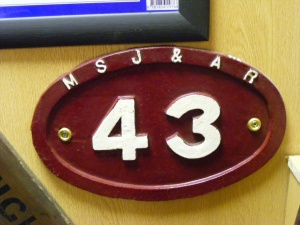 Some of the cast-iron plates from pre-grouping days are still in place, the largest number being found along the route once worked by the London & Birmingham Railway.

Plates are often oval, though within this broad category there are plenty of variations of size and shape.  The type used by the London & North Eastern railway, for example, is less elongated than its LMS equivalent.

Among the most attractive and sought-after plates are those of the Cockermouth, Keswick & Penrith Railway (CKPR) in Cumberland.  This small company had 135 bridges in its system, with just a single plate on each bridge.  The plates, which faced Cockermouth and were numbered from that end of the line, feature an attractive lettering-face reading ‘CK & P Railway’ round their border.

Only 20 or so of the CKPR’s plates are known to have survived.  But it is not just their good looks or scarcity value that have led them to be so sought after by collectors.  They are also the only plates to feature the word ‘Railway’ in full. Their popularity has made them expensive, and even if you were able to find one,  it would cost in the region of four figures.

Some railways produced bridge numberplates showing only the numbers.  In the case of the Great Eastern, the plates were a lozenge shape and came in two sizes – the more elongated one being for siting by the roadside. 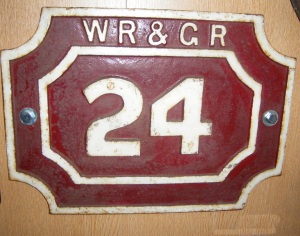