Chasewater Railway Museum is delighted to announce that the Industrial Railway Society has loaned the Eric Tonks Collection of nameplates and worksplates to the Museum for at least the next two years.

The collection comprises examples of plates from both standard and narrow gauge locomotiveswhich worked in collieries and ironstone quarries, principally in the East Midlands.

A small number of these items will be on show this coming weekend, Asbestos’ Birthday, and more in another couple of weeks at the 50th Anniversary Celebrations.  We hope to have the entire collection on display in the Autumn.

It was initially preserved at the Yorkshire Dales Railway, then at Embsay & Bolton Abbey Steam Railway.

Upon arrival at Chasewater, the 0-6-0 tank was stripped for a full overhaul  and is now well on the way to restoration.

S100   is the largest steam locomotive at Chasewater.

Good progress is being made on this Hudswell, Clarke loco, the coal bunker has been  fitted and the connecting rods ready for assembly. 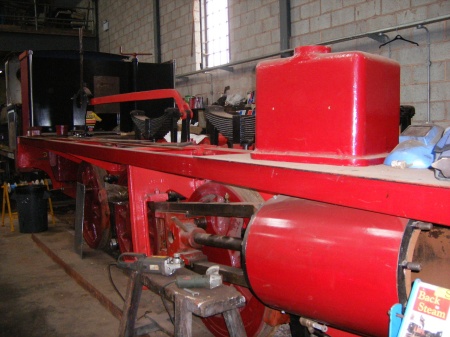 The first of the water tanks is nearing completion and before long the second one will be repaired, then they will both be prepared for painting. 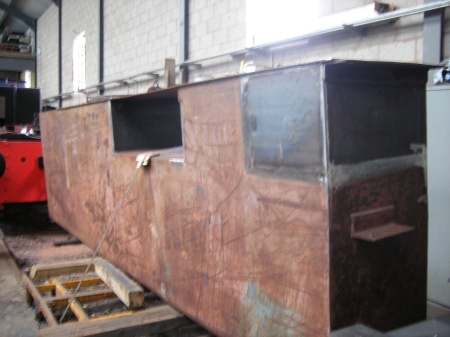 The goal for this year is to have S100, with tanks in position and a new cab fitted and at least one coat of paint, on display in the Heritage Centre in time for our Christmas visitors. 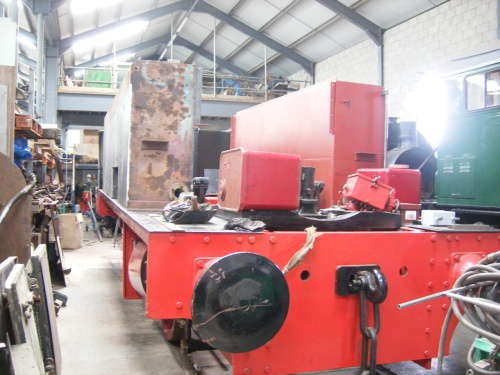